U.S.A. – -(Ammoland.com)- A complaint was filed Thursday in the United States District Court for the District of Columbia by attorney Stephen D. Stamboulieh, representing this correspondent as plaintiff, against the United States Secrets Service. The agency is charged with improperly withholding records it is required by Freedom of Information Act laws to produce regarding its role in the case of a gun belonging to Hunter Biden.

The story that Biden’s gun was taken by his brother’s widow, with whom he was having an affair, and thrown into a supermarket trash can, was first reported by The Blaze on October 29 of last year. The report also cited a “source with knowledge” claiming ATF and the Secret Service “visited the shop where Hunter Biden purchased the gun prior to any report being filed” and noted, “It was not immediately clear why the Secret Service would have properly been involved in the investigation since Hunter Biden’s last day of Secret Service protection was July 8, 2014.”

Two days later, I published a report on AmmoLand Shooting Sports News calling attention to a relevant point on a potential major “gun law” violation that had escaped public attention: Hunter Biden’s illegal use of controlled substances has been well documented since his discharge from the United States Navy in 2014, with subsequent reports of drug abuse in ensuing years. Yet if he purchased a gun through a dealer, he would have been required to fill out a Firearms Transfer Record (ATF Form 4473) and pass a background check, and one of the questions the form asks is:

“Are you an unlawful user of, or addicted to, marijuana or any depressant, stimulant, narcotic drug, or any other controlled substance?”

Lying on the 4473 is a felony, punishable by up to 10 years. Being an unlawful user of controlled substances in possession of a firearm is punishable by up to five years. And authorities have pressed charges on Americans who are not the president’s son.

Biden was not president at the time of my initial report—but attempts to elicit a pre-election response from him and from the purveyors of “commonsense gun safety” resulted in crickets – from them and “the media.” It was not in their political interests to allow concerns for violations of laws they demand to be made “universal” to receive attention outside of the limited gun rights advocacy echo chamber and noting that, I said I would investigate the feasibility of a targeted FOIA request to find out more.

@bradybuzz @GiffordsCourage @Everytown @MomsDemand What is your position on being candid about drug use on a Form 4473 Firearms Transaction Record? Care to make a statement before the election? https://t.co/Y5EVDlr6Uv

Attorney Stamboulieh filed the FOIA request on my behalf on November 24, 2020. I discussed it that same day with host Mark Walters on Armed American Radio’s “Daily Defense.” I posted the Secret Service’s January 27, 2021 response in March (we had given them delays far beyond the 20 business days response requirement and were still waiting on a response to a separate ATF FOIA request over the same incident):

That position is not supported by a Politico report on March 25, 2021, referenced as a document attachment in my complaint:

“Sources: Secret Service inserted itself into case of Hunter Biden’s gun … Secret Service agents approached the owner of the store where Hunter bought the gun and asked to take the paperwork involving the sale, according to two people, one of whom has firsthand knowledge of the episode and the other was briefed by a Secret Service agent after the fact. The gun store owner refused to supply the paperwork, suspecting that the Secret Service officers wanted to hide Hunter’s ownership of the missing gun in case it were to be involved in a crime, the two people said.”

The claim of no knowledge is further disputed by Hunter Biden’s own account, documented in a New York Post report from March 26, 2021, citing data recovered from the hard drive of his damaged laptop that was left at a computer repair shop (this was also referenced as a document attachment in the complaint):

“Hunter Biden sent a text message that said the Secret Service responded after his handgun disappeared in 2018 — contradicting the agency’s assertion that it wasn’t involved, The Post has learned.”

Adding to the speculation that something we are not being told about is going on is an occurrence that is unprecedented for my experience with FOIAs: ATF finally responded to the request and replied with the same basic response:

“Please be advised that a search has been conducted in our N-Force and TECS databases. N-Force and TECS are the systems of records that contains all investigative files compiled by ATF for law enforcement purposes. Based on the information you provided to us, we were not able to locate any responsive records subject to the Freedom of Information Act.”

So they weren’t involved, either? Or are they saying they don’t have any documents subject to FOIA, not that there aren’t any? In any case, here’s the unprecedented part: Two days later, ATF informed us via email they were withdrawing the “no records” response. A final response has not yet been received at this writing.

As things stand now, the story is gaining new legs with Rep. Bob Good and 23 other House Republicans asking ATF Director nominee David Chipman to commit to investigating Biden’s gun purchase for potential felony charges. That makes for good press but it’s pretty weak tea, as he has made abundantly clear where his loyalties lie and all he has to say is “Sure” and then continue the Bureau’s tradition of stonewalling after he’s confirmed.

That his response has not been immediately forthcoming, and that “progressive” media outlets are trying to redirect the focus are both revealing. Hopefully, the following complaint will result in some answers many who have them don’t appear inclined to provide unless a court orders them to.

David Codrea is the winner of multiple journalist awards for investigating/defending the RKBA and a long-time gun owner rights advocate who defiantly challenges the folly of citizen disarmament. He blogs at “The War on Guns: Notes from the Resistance,” is a regularly featured contributor to Firearms News, and posts on Twitter: @dcodrea and Facebook. 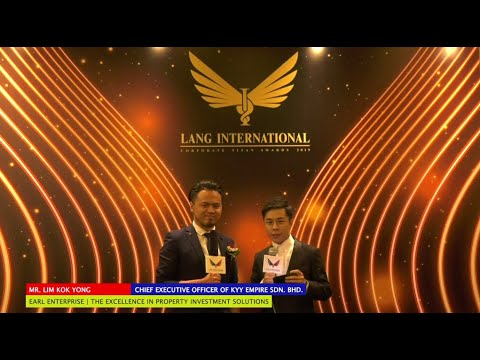