USA – -(AmmoLand.com)- We are watching a small group shredding the Social Compact that Americans have with their elected government.

In our compact, the U.S. government promises us protection from physical harm, both foreign and domestic, and protection of our inalienable rights. We may have given up some sovereignty to live our rightful lives while attempting to pursue happiness. But remember, the powers of our government are DERIVED FROM OUR CONSENT, and we may, at any time, alter this compact. Please see America’s Founding Documents.

At this time, conservatives, some moderates, and others find sufficient flexibility within the bounds of the Constitution to make changes that we might wish by peaceful means.

Please refer to the Convention of States Action.

But right now, the Democrats are NOT satisfied with minor political changes, and the temporary power they hold. They want to ensure a permanent hold on their power, so they need to make massive political and social changes that will tilt the balance of power always towards their party.

Among these changes are restrictive gun laws designed to lead us towards permanent civilian disarmament. To Hell With The Second Amendment!

As President Biden said, “No Amendments are absolute.”

The Democrats burdened us with unconscionable lies (Russia, Russia, Russia, etc.) designed to fool ignorant citizens into acting against their better interests, into voting against President Trump.#ad But because so many people understood the lies, and voted for Trump, a great amount of election rigging was required for the Biden win. This made it obvious to many that the election numbers were fake. When the numbers seem fake, citizens do not believe that elections are accurate, and they begin to lose their trust in government, which is required for stability.

Additionally, leading up to the election, big tech gave up their facade of honorable nonpartisanship and began silencing conservative thought and conservative writers like AmmoLand News’ own John Crump. Conservative activists who use their First Amendment to complain about the steal are further bullied into silence with charges of racism, threats of violence, and punishments that include loss of jobs.

As President Trump noticed that big tech was becoming a problem, he urged Congress to take preventive steps, but our Congress failed to act. Every time our government fails to protect our rights, our Social Compact unravels just a bit. The radical left has strained the First Amendment and is now moving to the next.

All may not be lost. Many conservatives are attempting to bypass big tech, while others are working on vote recounts and new voting protections. And while the Second Amendment is under attack, the Left knows that disarmament will fail in the U.S. It is a very poor option, as found out via U.N. attempts.

The UN has tried many times and has failed to disarm civilians in countries without a Second Amendment culture. Freedom IS a basic right that people understand.
At this point, we don’t know what new firearms restrictions the Biden Admin will pass into law. The Left will try to go as far as possible to disarm us. the Second Amendment is a major part of the American Social Compact. It’s an important part, because it guarantees the safety of our families, and ensures that we retain control of our government.
Remember, the Second Amendment is NOT about hunting or sporting arms. It is a protection against governmental tyranny. The power of civilian weaponry balances against the centralized power of the Federal Government, and the Left are jealous of every lost scrap of that power and control.

They can do a great deal legally to harm the Second Amendment and harass peaceful citizens. They can deprive the gun-owning community of legal access to the many things we need and are rightly entitled to. But can they actually disarm us? In the past, most American gun owners have refused to obey restrictive unconstitutional laws. Why would that change now?

What would happen if government agents surrounded our homes with force? Many would peacefully give up some of their weapons. Many would not.

Aaron Karp, a disarmament expert, and consultant to the U.N., and to their Small Arms Survey, has answers to that possibility. We quote from the fifth chapter in his book, Shadows of War, one of his many research papers. Using his knowledge of the many disarmament attempts guided by the U.N., he stated, “Coercive disarmament efforts often fail.” In his opinion, governments who choose that path almost always make a mistake.

We can say this a bit stronger, Forcible disarmament attempts in the U.S. will fail.

Here’s why voluntary disarmament fails. We are not only expecting disarmament failure based on our knowledge of U.S. gun owners, but we are grounding our expectations on Karp’s suggestions for “preferred circumstances for effective civilian collection.” In other words, how should a government go about disarming its citizens voluntarily and successfully?

So, Democrats, listen carefully. Karp is on your side.

Karp explains that governments need to be seen as legitimate, and although governments may wish to gain control of weapons, “disarmament works best when preceded by restoration of state authority, not the other way around.”

Democrats and the Main-Stream-Media have for decades lied to the American public in order to get civilians to fear weapons, and thus give them up. That is not going to happen now. It’s easy to understand that whatever fear Americans might have had of the cold steel in the past, they are much more fearful of the ravaging mobs let loose upon them by power-crazed Democrats.

And because of those mobs, there are millions of new owners who made a thoughtful choice to purchase a firearm. Black Americans lead with a 58.2% increase in gun purchases from 2019 to 2020. Democrats and their media lapdogs created mistrust in government, and the fear of violence is biting them back. It sure makes me happy.

So when do we get back to normal? We probably don’t. We can’t safely find our way back to that comfort zone, as we ceded responsibility for some of the American Social Compact to politicians who just smile and nod at us. That normal no longer exists.

We must thank President Trump for exposing the Democrats for what they are. We are seeing their TRUE face.

We will not soon return to stability either, as the Democrats and MSM continue to incite violence against property, people, and institutions with the call of ‘systemic racism. Democrats have lied to their ignorant supporters so completely that many people believe that this is a racist nation and that it is the conservatives and gun owners who are the racists. And they may never learn the truth. We will need to deal with this.

We cannot trust this duty to others. Responsibilities do come with Freedom, and we can no longer ignore these lifelong responsibilities. You can no longer trust anyone else to do the right job on the school board, or in the classrooms. You must get involved, see to the day-to-day work of your party and government. That’s the way it is.

We are all now aware of how close we are to losing Freedoms in this generation, or the next. and we now fully understand the responsibilities and duties of the American Social Compact, as well as its benefits.

You have a duty & responsibility to the American social compact. So keep buying guns and ammo, wherever you find them and most of all stay very, very Dangerous!

Alan J Chwick has been involved with firearms much of his life and is the Retired Managing Coach of the Freeport NY Junior Marksmanship Club. He has escaped from New York State to South Carolina and is an SC FFL (Everything22andMore.com). [email protected] | TWITTER: @iNCNF

Joanne D Eisen, DDS (Ret.) practiced dentistry on Long Island, NY. She has collaborated and written on firearm politics for the past 30+ years. She has also escaped New York State, but to Virginia. [email protected] 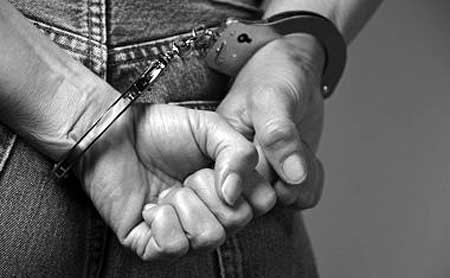