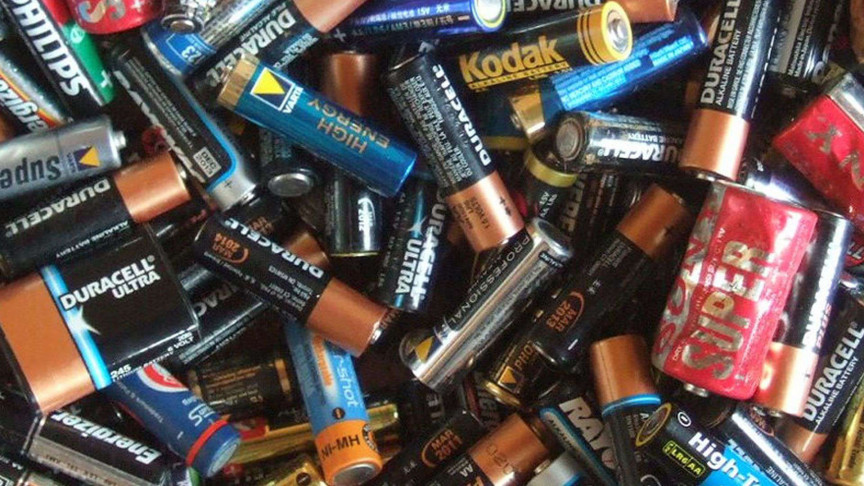 Without batteries, it could be argued that the world we know today would be a very different place. And one form of battery has dominated the market for over a decade now — lithium-ion.

But these batteries have some inherent problems (like limited life spans) and are far from being an “environmentally-friendly” solution to powering portable devices. As we have become ever more reliant on things like smartphones, wouldn’t it be great if the batteries that power them could last the test of time?

That is where emerging solid-state technology could, quite frankly, revolutionize the world of batteries. This is an exciting and fast-developing field and one we will all, hopefully, benefit from in the not too distant future.

What is a solid-state battery?

Solid-state batteries, as their name suggests, are batteries that have both solid electrodes and solid electrolytes. These kinds of batteries are a rapidly developing and emerging tech touted by many as the next generation in battery technology.

Many also believe they may be able to knock lithium-ion batteries from their current market dominance.

These features and their higher performance, incredible safety, and relatively low manufacturing cost could prove revolutionary for many industries reliant on battery technology.

To date, there are various promising forms of solid-state batteries that primarily differ based on materials used to make the anode and cathode, and the electrolytes used. Oxides, sulfides, phosphates, polyethers, polyesters, nitrile-based, polysiloxane, polyurethane, etc, are but a few of the options currently being explored.

That being said, most research into the subject tends to fall into one of two categories — inorganic or organic solid electrolytes. The former, usually in the form of ceramics, are best suited for rigid battery systems that are required to cope with harsh environmental conditions — like high temperatures. The latter, usually in the form of polymers, are easier to process (and are therefore cheaper) but are best suited for flexible devices.

What is the difference between solid-state batteries and lithium-ion batteries?

Before we get into defining what a solid-state battery is, it might be worth going over, briefly, what a lithium-ion battery is, and how they work.

Lithium-ion batteries, like you find in many electronics today, tend to consist of the following components:

The separator in the battery includes electrolytes that form a catalyst to speed up this process, and which promotes the movement of ions and electrons towards the anode and cathode. This process results in free electrons in the anode, which creates a charge at the positive current collector of the battery.

When lithium-ion batteries are recharging, the same process occurs except in the opposite direction, restoring the battery for discharging in the future.

The process is otherwise very similar to that of lithium-ion batteries but will vary depending on the type of solid-state battery in question (e.g. sodium-ion, etc).

All well and good, but what benefits, if any, do solid-state batteries have over more traditional batteries, like lithium-ion?

One of the main benefits is safety. Liquid electrolytes come with some inherent issues. At higher currents, small filaments of lithium metal tend to form inside electrolytes which can, over time, increase the risk of the battery short-circuiting. Electrolytes in modern lithium-ion batteries also, unfortunately, tend to be highly flammable.

The tendency for lithium filaments to form, and the inherent flammability of the electrolyte liquid, creates a ticking time-bomb that can, and has, caused these kinds of batteries to spontaneously combust.

This is where solid-state batteries offer a far greater level of safety than their lithium-ion battery alternatives. The use of things like ceramic electrolyte alternatives is, for example, far less likely to combust. Ceramic materials also help to prevent the formation of lithium filaments that could, theoretically, allow such batteries to operate at far higher currents than equivalent lithium-ion batteries.

However, ceramics are also very brittle which can be problematic during operation and manufacturing. Solutions are available to form a workaround for this issue including impregnating ceramics with graphene nanoparticles.

This not only increases the durability of ceramic electrolytes but also helps maintain their ionic conductivity. Remember, the best electrolytes conduct ions not electricity.

Experiments in this area conducting by teams like those at Brown University have shown that this solution can more than double ceramic electrolyte toughness while maintaining its utility as a potential solid-state battery electrolyte and separator.

Another problem with this kind of solid-state battery is that a layer of inactive sodium crystals tends to build upon the cathode blocking the movement of sodium ions and effectively killing the battery.

By using a cathode made of pyrene-4,5,9,10-tetraone (PTO), a research team from the University of Houston found that this kind of cathode offers many advantages over inorganic, more traditional, cathodes. For example, the use of PTO enables the resistive interface between the cathode and the electrolyte to actually be reversed. This has major implications for the stability and increased life-span of such batteries, while also improving energy density.

By enabling close contact between a rigid cathode and solid electrolyte, irrespective of the change in diameter of the cathode during battery cycling, this could prove to be a game-changer for solid-state batteries.

But don’t discount sodium-ion solid-state batteries just yet. Other research teams are working on finding a way around the inherent problems of this technology. One team from Washington State University (WSU) and the Pacific Northwest National Laboratory (PNNL) have found a way to prevent the build-up of inactive sodium on cathodes.

They found that creating a metal oxide cathode impregnated with extra sodium ions allowed for the unimpeded generation of electricity. This could prove revolutionary, as it would enable the production of sodium-ion batteries on par with lithium-ion alternatives.

In fact, after more than 1,000 recharge cycles, this solution retained around 80% of its energy density.

While many solid-state batteries, as previously mentioned, are considered better alternatives to lithium-ion batteries, there may be something of a compromise on the horizon — solid-state lithium batteries. One research team at the University of Michigan is working on just that.

They have managed to integrate solid ceramic electrolytes into lithium-ion batteries and demonstrated a marked improvement in durability and lifespan over more conventional Li-ion batteries. This approach was also able to increase the charging rates of the batteries.

Other researchers have also made breakthroughs in producing 3D-printable solid-state lithium batteries. If scaled to production, this innovation could allow for much cheaper, and less wasteful production of lithium-ion-based batteries that also happen to have the benefits of other SSD batteries (like safety, increased energy density, etc).

All well and good, but these batteries still rely on lithium-ions — which are rare and not the cleanest materials to mine and refine. This is another major difference between lithium-ion batteries and their solid-state alternatives — their inherent impact on the environment. Lithium-ion batteries require some pretty toxic components, namely cobalt and, obviously, lithium.

These materials are relatively rare, are expensive to extract and refine, and are all too often extracted from mines in poor nations or regions where little to no regard is paid to the well-being of either workers or the environment.

As we explored in a previous article on the EV industry’s “dirty secrets”, lithium extraction also consumes massive amounts of water both in the extraction process, and in the massive evaporation pools which are used to produce the lithium-rich crystals. This mining and processing is highly dangerous work and is also extremely devastating to the surrounding ecosystems.

A similar story is true for cobalt, which is often extracted from so-called “artisanal mines”. These small mines often involve the use of child labor in appalling working conditions that also produce lots of nasty airborne pollutants like uranium, as well as releasing large amounts of sulfur into the water cycle.

Solid-state batteries, on the other hand, tend to make use of more common, and less toxic, constituents elements such as sodium. Found in abundance in saltwater, sodium extraction is far less damaging to the environment.

That is once the technology can be refined to compete cost-wise and pound-for-pound with lithium-ion batteries.

What are the benefits of solid-state batteries?

We have already touched on a few of the key benefits of solid-state batteries above, but what are some of the other important pros of the technology?

What are the potential uses of solid-state batteries?

With EV sales expected to reach up to 32% of the total automotive market by 2030, the drive (to borrow a phrase) for more efficient, reliable, and longer-lasting batteries is rapidly growing. This will put a huge demand on lithium supplies the world over, which is likely to inflate the costs of making new batteries in the future (unless ways to safely and reliably recycle old Li-on batteries is developed).

To overcome this potential bottleneck in battery supply, many automotive companies are shopping around for cheaper, more sustainable alternatives — like solid-state batteries.

For example, Toyota recently announced that they are planning to add solid-state batteries to their new vehicles by as early as this year. According to a report released by Nikkei Asia, this could allow their EVs to offer a 310 mile (500 km) range in a single charge along with a rapid recharge from zero to full in 10 minutes.

Other options for the EV and solar power industries include the use of a hybrid between traditional and solid-state batteries. One notable example is salt-based batteries. A kind of quasi-solid-state (QSS) battery, these experimental batteries use salts as the battery’s electrolyte and separator.

This solution is interesting as it is potentially very safe, “green”, affordable, and fully recyclable. One collaborative research project between the University of Nottingham, UK, and six research institutions in China recently announced something of a breakthrough in this area.

Building on tests using heat-activated molten salts, the team improved the design by using solid salts instead. This change was the result of their previous findings that molten salts are highly corrosive, volatile, and prone to evaporate and leak.

By turning the liquid salts into soft-solid salts in the presence of solid-oxide nano-powders, their QSS electrolyte allowed the new batteries to operate at temperatures in excess of 800 ºC (1472 ºF) — about the temperature of typical engine exhaust gas.

If their research proves fruitful, it could lead to a novel and interesting solution to safer and more efficient battery storage solutions for solar power plants and the automotive industry.

And that’s a wrap.

With many experts believing we are nearing the dawn of mass EV uptake around the world, now could be time for solid-state batteries to shine. Which types of solid-state batteries will take the lead is anyone’s guess, but the future of battery-powered devices could be on the brink of a much-needed revolution.